In 1993, YANTIAN, a joint venture between Hutchison Ports Yantian Limited and Shenzhen Dongpeng Industrial Company Limited, was born. This year marked the 28th anniversary of YANTIAN.

Over the past 28 years, it has experienced ups and downs and made remarkable achievements. It has developed itself from a green field site into one of the busiest container terminals in the world, setting one record after another.

YANTIAN people have surpassed themselves step by step and made breakthroughs one by one.

Upon the 28th anniversary of YANTIAN, let's take a journey into the past with old photos to trace those precious memories.

The picture above shows the Phase I Project of YANTIAN started in the early 1990s, initially with only 2 berths. It was not until Yantian International Container Terminals Co., Ltd. was officially established on November 16, 1993, that the construction was accelerated to fully support the development of Shenzhen in the reform and opening-up. The picture below shows YANTIAN, which has developed into a world-class maritime hub with 20 deep-water container berths, playing an important role in the global trade and supply chain. 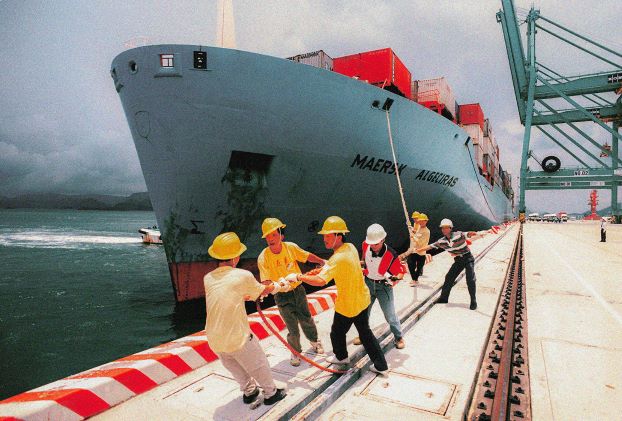 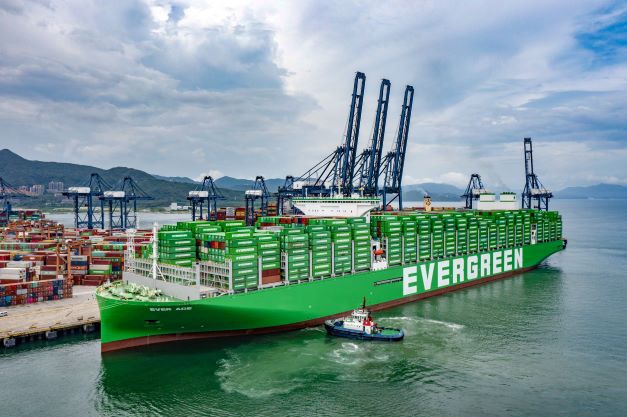 The picture above shows the first container vessel called at YANTIAN in July 1994 -- the 2,600-TEU "Maersk Algeciras". Since then, we continued to develop the port and upgrade terminal facilities, improving efficiency and setting one record after another. The picture below shows the 23,992-TEU "Ever Ace", the world's largest container vessel, on its maiden call at YANTIAN in August 2021. At present, there are about 110 services calling at Yantian Port every week.

The picture above shows the three container berths of YANTIAN's Phase II under development in 1996. In the 1990s, when the development of large-scale container ports in China was at its infant days, the management of YANTIAN had the ambitious goal of "creating China's first world-class port". In 2021, YANTIAN has become the world's largest port run by a single terminal operator in terms of throughput. 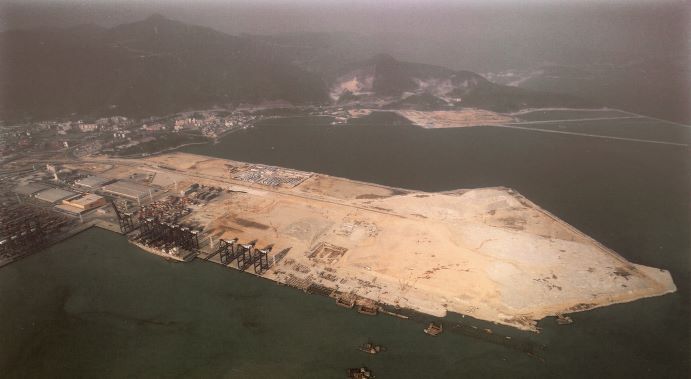 The picture above shows YANTIAN's Phase III Project at the early stage of development. In November 2001, Hutchison Ports and Yantian Port Group signed a contract to jointly develop Phase III, which was completed in 2006. The project not only won the “Luban Prize” in 2007, but also the “Tien-Yow Jeme Prize”, one of China's highest accolades for civil engineering and construction. The Expansion Project was also awarded the “13th Tien-Yow Jeme Prize” in 2015. Mega-vessels have very high requirements for the water depth and the handling capability of the ports they are calling at. Characterised by its natural deep-water berths and unparalleled mega-vessel handling capabilities, YANTIAN is the preferred port-of-call for mega-vessels in South China, which can handle the simultaneous calls of five 200,000-ton mega-vessels.

After China joined the WTO in 2001, both sides of the joint venture ushered in new opportunities for development. The picture above shows that YANTIAN started its Expansion Project in 2005, which was of the largest scale of YANTIAN in its history. Back then, the media called it another "historic handshake" between Shenzhen and Hong Kong. 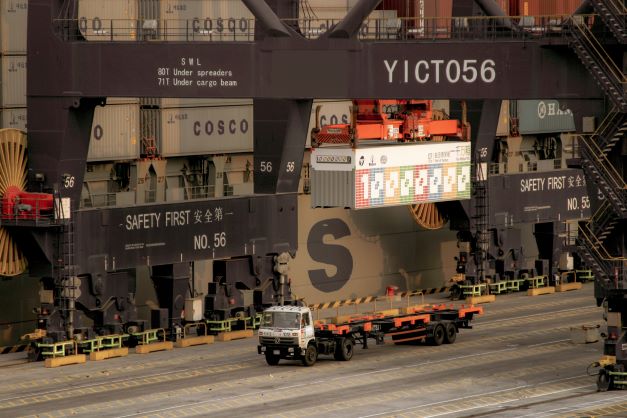 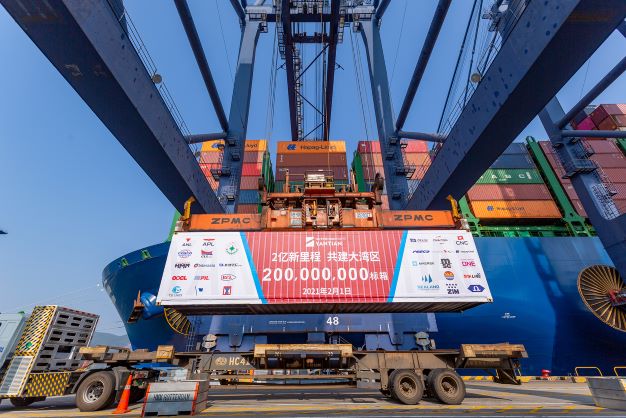 The picture above shows that the annual throughput of YANTIAN exceeded 10 million TEU for the first time in 2007. The picture below shows YANTIAN celebrated a cumulative throughput of 200 million TEU, setting a remarkable milestone for the world’s container port industry. Now, Yantian Port contributes to the international trade of Shenzhen by handling one container every two seconds, serving over one-third of the import and export volumes generated in Guangdong Province and one-fourth of China's trade with the United States, supporting the economic take-off of Guangdong and even South China. 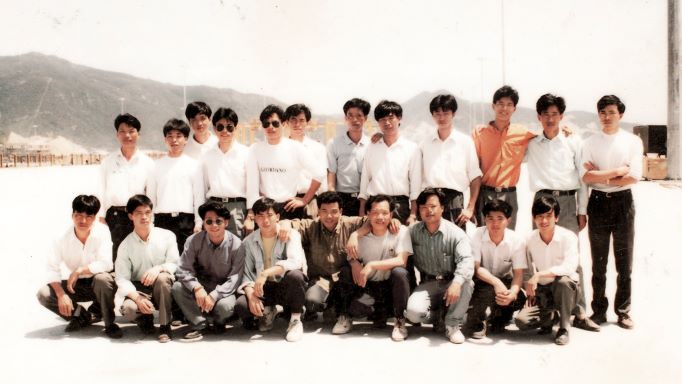 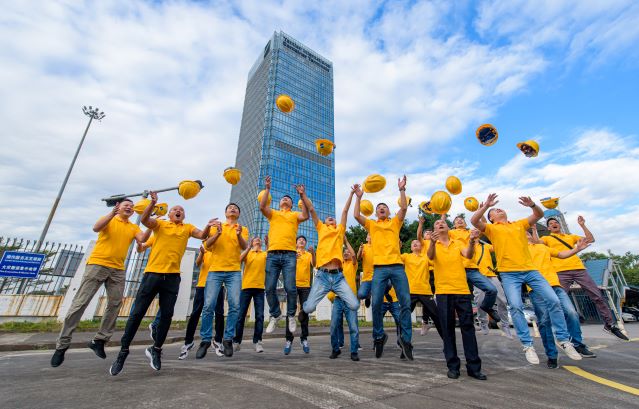 The photo above shows the team members operating the first container vessel calling at YANTIAN. The picture below shows YANTIAN's young staff in 2021. Generations of people of YANTIAN have written wonderful chapters of port construction and development with their wisdom and hard work. YANTIAN also attracts well-educated, experienced, aspirant and enthusiastic talent to grow together with the port.

Over the past 28 years, YANTIAN has always stood at the forefront of China's economic opening up. Based in Shenzhen, it is dedicated to the mission of serving South China and the world at large. On the brink of this new horizon, YANTIAN will grasp the opportunities brought by Guangdong-Hong Kong-Macao Greater Bay Area and China’s “dual circulation” strategy to make greater contributions to the development of the Greater Bay Area, the establishment of Shenzhen as “pilot demonstration zone for socialism with Chinese characteristics” and as a global marine centre. A new voyage has begun.